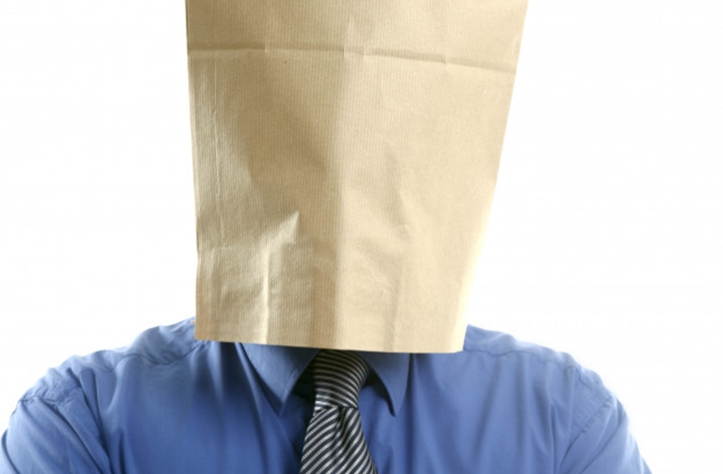 The Shame of it All

For about two months now I’ve been hearing from the Lord concerning the critical juncture where the Body of Christ is right now. We’ve been hearing by the Spirit that our new identity is here upon us. Some might have trouble stepping into that new identity because there is an old identity that is all too familiar.

Over the years with all the hits from the enemy, disappointments in life, and failures to achieve those unreachable goals, we’ve developed a high tolerance for a pain that should not be there. Even worse, we endure abuse and shame at the hands of the devil. Sometimes that abuse is manifested through people who are either witting or unwitting agents for him. The Bible tells us that we don’t have a fight with people but with principalities and powers that dwell in darkness.

But why do we allow abuse and shame to continue? Paul instructed Timothy in 2 Tim.2:3 to endure hardship as a good soldier. Maybe we’ve just endured the abuse from the enemy because we’re so used to it – it’s our lot in life, it’s what we’re stuck with. But abuse from the devil is not hardship. Hardship in the biblical sense is privation, a lack of basic necessities from time to time. In other places Paul instructed us to endure persecution. Abuse from the devil is not persecution – it is simply a beat-down. It could manifest in the way people treat you, constantly being without finances, continually battling sickness, or ravaging your thoughts about something that happened many years ago, and the list goes on. Even if you’ve received forgiveness from the Lord for something you’ve done, the enemy may try to remind you of it. Something traumatic that you saw or heard or were told while you were a child, a trauma in your marriage, etc, can be brought up before you time and again to keep you in a place of subjection, disgrace, dishonor, saddling you with reproach.

So the devil uses the shame and abuse tactic to rob us of faith, confidence, and a new identity. We know he goes around looking for those he can devour, chew up. What can he actually chew up? Faith, confidence, new identity and the belief that you will go up higher. You might say, then we just need to rise up and speak to the devil and tell him to shut up! If it’s that simple, why don’t we do it?

Those traumatic events, bad memories, disappointments, and abuses early on created tender spots in our soul. In spite of your prayers the enemy continues to hammer away on that tender spot, as if he were stamping a brand on you. When we have a sore place on our body, we tend to guard it, keep it from experiencing more tenderness. Most of the time we hide it because it’s a tender spot we don’t want other people to see. That’s really what goes on inside our souls when we have a tender spot that is a source of pain. And that pain is made worse by the abuse and shame the devil attaches to it. Or, some people may talk about that tender spot all the time, making themselves willing partners with the enemy in keeping the shame and abuse nearby.

Look at the problem of racism in this country. Many white people thought we didn’t have a racism problem before we got a black president. Just ask any black person and they will tell you that racism was alive and well before he came into office. Now, conversation has opened up about the problem of racism. Racism began with slavery which is tied to dishonor and disgrace. Chuck Pierce told Sid Roth in an interview that racism was born out of anti-Semitism. The Jews were an enslaved people, as well as many black people were in our country’s past. With that dishonor comes shame. And shame can motivate people to avoid eye contact, allow more abuse to occur, and remain in a place of subjection. So they stay in a place of slavery without possibly realizing it. A violent reaction to shame, such as the killing of police officers, is born out of shame because they’re trying to overcome an abusive voice on the inside of them.

Shame is not overcome by pointing a finger at someone and telling them they are responsible. Even if they were to own up to it, that doesn’t cure shame and abuse – it only prolongs it. We shouldn’t seek out our shamers to put them in their place. If we do that, we are using shame to beat them down, and shame keeps growing. When we shame someone else, we do not know what spirit we are of. Those who abuse us were either abused or are being abused, and they are simply repeating what they know.

The devil will use triggers to bring back abuse and shame – he knows what those triggers are in our lives. Maybe we’ve allowed that abuse to go on for so long in our souls that the accusatory tongue is our own self-talk. It’s NOT! It is the voice of the enemy who uses this weapon with much craftiness. He has possibly gotten away with abusing you for so long that you are now wearing spiritual garments that the Lord never intended for you to wear.

Here’s what you do. Spend at least the next 3 days before the Lord asking Him to show you what and where those tender spots are in your soul. Identifying them is going to be your biggest hurdle. But they must be identified so that you can submit to the Lord for His healing. Allow the Holy Spirit to dredge up the silt that has covered the deep reaches of your heart in order to uncover the tender spots. Lay them out before the Lord and allow Him to fully gain access to them. Stay with that until you are completely sure that nothing else remains. If you are in denial about those tender spots, it will take you longer than it needs to take.

Denounce the abuse and accusations. Stand up to the face of the enemy and declare that he no longer has access to those sore places in your soul or your bloodline because they’ve been healed. Anytime he opens his mouth, you know it’s a lie! Even if he refers to an actual event that took place in your life, it’s still a lie because he only uses partial truth. But you and I are submitted to Truth Eternal! Then praise Him for bringing you to this place of your crossroads by exposing all the tender spots responsible for the continued abuse from the enemy. Worship Him for healing you and bringing you out of shame and abuse. For those of you who are busy people, you’ll need much more than 3 days. Stay with this until you have absolutely overcome this wicked ploy of the enemy. Your identity and your destiny are waiting for you – you’re at the door!!

What's on Your Mind?

If you want to have better control over your life, then you must control your thought patterns. How do you do it? This will help. ..

Letting Go Of Your Regrets

The world and all its sardonic players seem to make demands continually on believers…demanding our attention, our money, our solutions, our r..

Identity crisis is a real problem many people are dealing with. God shifts identities in different seasons, and many are still held by the wisd..