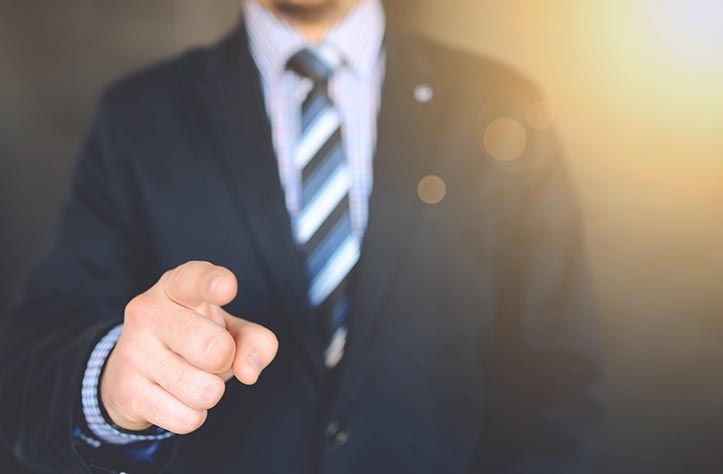 Leaders will often make the mistake of using a plan for growth within the company or ministry that worked elsewhere, or he/she might use a plan that worked in the past. But when personnel changes or there’s an entirely new clientele or a completely different demographic of the people he’s serving, often tried and true plans just are tried and proven false. A leader must work on earning trust more than obtaining knowledge and exhibiting charisma.

Whenever we lead someone, it’s always a good idea to look at a mirror of sorts. That may be getting some honest feedback or watching carefully the response of those we’re trying to influence. But sadly, many leaders often do not come out of the dysfunction they carry into that role at the beginning. Dysfunction has to do with a relationship with others. Working with others is essential to making progress, but a dysfunctional leader can often be only concerned with someone following their commands. People will follow those commands for a time, but they’re watching us to see if we’re sincere and if we really care about others. If they don’t get a good vibe about the leader, then their effort can become half-hearted…they pace themselves so as not to become too invested. Maybe the biggest reason for failure in business or a church is a top-down mentality by the leader. If people believe they’re only present to help the leader advance, they’re more apt to pull away, but if they’re convinced the leader is there to help them advance, they will become totally engaged.

A leader should be aware of how much change he introduces to a group. Too much can impose a threat of security. They need time to catch up, so take it slow! That’s another good reason to get feedback – find out if they feel comfortable with change. Discomfort isn’t always a bad thing, but a leader needs to be aware if the group is still with him. And then there’s the person who asks the question after every other sentence, “Does this make sense?” Too many of those and you can alienate everyone because they feel it’s insincere.

Here are a few principles I feel are necessary to leading well:

A leader functions best when he/she is well-differentiated, which means having a capacity for self-definition. In simple terms it means we have boundaries. We don’t allow people to set our personal agendas because we’re already focusing on what we need to personally advance where it really counts. Having a group agenda is a different situation; you need input from the group. For yourself, that has to be separate and it’s achieved by not allowing others to convince us who or what we should be or how we should change. Having good counsel is important, but the final version of who we become comes from time spent with the Lord and then deciding what we want for ourselves. This is more important than motivating people to do things. Once the leader accomplishes self-definition, he/she can take primary responsibility for his/her position as head and work to define goals and self while staying in touch with the rest of the organism. People will be more likely to follow when that occurs.

When a leader has self-definition, he needs to limit his reaction to crises by focusing on self-functioning and group intensity. The polarizing will then dissipate within the group because they can’t get the leader to jump into the middle of everything, which then becomes a free-for-all. Group intensity can be re-established when the leader refocuses them on the common goal and away from the distraction. A leader can’t just drop the problem that created the crisis, but it cannot be the main focus of the group either. As the saying goes, “Keep the main thing the main thing.”

Some people in groups tend to pull the leader into a triangle comprised of the plaintiff and a third person with whom he/she has a disagreement. The leader needs to avoid these triangles. In most cases the leader turns out to be the bad guy regardless of the decision to settle it. If at all possible, the leader should referee the differences while they work it out between the two of them. Triangles can completely distract a leader from the group focus, which can then establish a new leader in the group if the established leader loses his grip on himself.

Leaders should emphasize similarities they have with those they lead, rather than pointing to their differences. If the leader frequently talks about how he’s got it harder than everyone else, then he loses his influence with the group because they feel they can’t relate to someone who is so different from them. When a pastor does this, he can lose ground that he’s already gained and it could take a very long time to gain it back. He may have won their sympathy, but he may have lost their “buy-in” decision, and that’s what’s needed most.

When a leader can build rapport with his group by convincing them how similar he is to them, they can become convinced they are capable of achieving goals laid out for all of them and for them personally. People want to know they can accomplish something in spite of feeling ordinary; for many they feel that only specially gifted people are the ones set aside to accomplish extraordinary things. That is not the case. It’s accomplished by everyday people who actually have a belief that they can reach higher heights and do something greater.

One of my favorite books about leadership is Primal Leadership by Goleman, Boyatzis, & McKee. The book addresses an essential need to lead people and that is emotional intelligence (EI). The two top reasons for failure by leaders are rigidity and poor relationship skills, according to the authors. A leader becomes rigid when he/she cannot change over time or with experience, which can then create a rift between that leader and his/her followers. Poor relationship will often follow that rigidity or it can also be a problem simply because the leader chooses to focus on tasks instead of people.
People who have EI have ability to recognize their emotions and the effect they have on others. They know which emotions they are feeling at any given moment and why. They realize the link between their feelings and what they do, think and say. They recognize how their feelings affect their performance. Many people haven’t reached that level of emotional maturity yet. Leaders with EI also have a guiding awareness of their values and goals. People do not work for money alone; what fuels their passion for what they do is a larger sense purpose or passion. We all tend to gravitate toward what gives us meaning.

Accuracy in self-assessment is a hallmark of superior performance. People with high EI have a healthy self-confidence. They have a presence about themselves, they don’t mind voicing their views contrary to those of others, and they are decisive, able to make sound decisions. Gaining EI takes more than a business plan. It all begins with the discovery of your ideal self, and then the next step is to discover the real self. Facing the hard truth about how the two can be brought closer will unlock untapped potential. A leader is ready to change when he/she becomes truly aware of the balance between what should be kept and what needs to be developed.

FINDING YOUR ROLE IN YOUR SPHERE

The key to finding your role is found in your making fundamental discoveries about yourself, more than gaining knowledge. Many leaders have yet to discover that groups, churches, companies, and any entity will advance the farthest when the leader decides to be an actual team player. Jesus told His disciples, “If you want to be great, become a servant to all.” That defies the logic of modern leadership, but it’s still true to this day. It’s not allowing yourself to be a doormat, but it is allowing the team to be out in front. As you serve others, you enable them to succeed, and then they will work hard on your behalf. Those churches and businesses that focus on “customer service” (helping others) will be the most successful.

I’m told occasionally by lay people that they would never get into the ministry because they’re convinced that they’re not qualified. And..