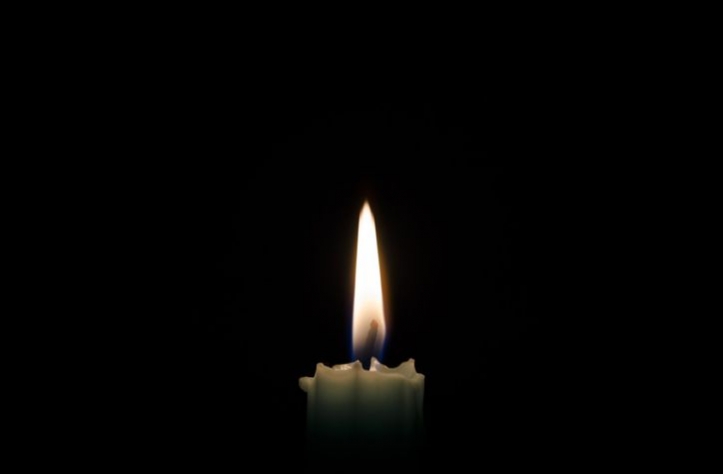 Your faith could really take a hard hit if you were to stare at what the enemy is doing in our country right now. There is no shortage of people who will keep you up-to-date on what’s happening politically especially with the virus. And somehow all that will take a toll on you if your faith is suffering.

Recently I gave a message about Jesus telling His disciples in the Garden of Gethsemane to not fall asleep but to pray they wouldn’t enter into temptation. I really believe that’s what the Lord is telling us right now. We may be tempted to be offended, discouraged, worry or to no longer pray for anything but the rapture to come quickly. Nevertheless, temptation can be very damaging if we give into it.

The key is to keep our faith and even increase it! But you might wonder how can I do that during dark times? THIS IS OUR MOST PRODUCTIVE TIME ESPECIALLY WHEN IT’S DARK.

The disciples had a doubt about having enough faith when Jesus gave them a scenario of a man offending a believer seven times, and the believer should forgive him each time if that person repents. This is found in Luke 17. The disciples begged Jesus to increase their faith, but His response threw them off, I’m sure. He didn’t tell them how to increase their faith, but He did tell them here’s what you do if you have faith already. Jesus went further by telling them a story of when a servant comes in from doing all his chores and how he should then fix a meal for his master before he sits down to eat. Jesus then made the point that the master didn’t thank the slave for doing what he commanded him but that he should just do as he was told. Jesus didn’t even explain how to increase their faith, but the point He did make stressed the need for all of us to love Him so much that it’s not hard to do what we’re told. He wants us to learn how we can increase our faith and obedience by increasing our devotion to Him. Of course, it begins when we spend more time in His presence. If you’re not studying the Word, you’ll lose focus on the One who it’s written about, thereby causing you to lose devotion to Him. As a consequence, your faith will begin to wane.

The Lord had me spending some time in Romans 4, reading about Abraham’s faith. In writing about Abraham, Paul said: “In hope against hope he believed, so that he might become a father of many nations according to that which had been spoken, ‘So shall your descendants be.’ Without becoming weak in faith, he contemplated his own body, now as good as dead since he was about a hundred years old, and the deadness of Sarah’s womb; yet, with respect to the promise of God, he did not waver in unbelief but grew strong in faith, giving glory to God, and being fully assured that what God had promised, He was able also to perform.” (Rom. 4:18-21, NASB)

There is something I want you to notice here that might otherwise slip by you. Notice that Paul pointed out that Abraham grew strong in faith, giving glory to God. After reading that, I had to ask: was he giving glory because of his faith, or did he give glory to God which grew his faith? Looking at a few versions, I noticed some scholars changed the interpretation to “and gave glory to God,” indicating that it was a consequence of his faith. But I don’t see the past tense of that word giving (dous in Greek) in the Bible; it’s actually an aorist active participle. I know it’s not helping people to know that, but to those who study this stuff, it tells us a lot. That kind of phrase suggests an action already completed before the time of the main verb phrase, which was grew strong in faith. In other words, he gave glory to God which then caused him to grow strong in faith!

For all our lives it has looked as if something we were looking forward to just simply died, or so it seemed. Even though we have been given a promise, death seems to come and steal it away or make it look literally impossible for it to ever happen. The enemy wants to steal every promise God has ever made to you, and then he taunts you about the improbability of it happening. It reminds me of the parable of the four different kinds of soil, especially where some seeds fell beside the road and the birds came to steal it all.

I’m telling you, this is how you grow your faith! In every impossible situation, give glory to God and then expect your faith to grow. In fact, do this as an experiment. Think of a really difficult situation you’re personally facing right now – only one – and I don’t mean something difficult that many of us are also facing such as a political situation. I’m referring to something specific in your life that you know you don’t have control over it – only God can make it happen. Start giving glory to God over it, and don’t let your mouth say anything else that would cancel it out. Keep on giving Him glory until you see it happen. I promise you that your faith will continue to grow and then you will see the Lord come through for you! Don’t let the enemy come and steal this glory you’re showering the Lord with. It belongs to Him anyway, but He’s looking for someone who will not let it fall to the ground.

The Bible says that Abraham “contemplated his own body” and its deadness, but he still did not waver in his faith. Some believers prefer to deny their body is going through a sickness, a problem, which they believe they’re moving in faith. Really, it’s moving in stubbornness and fear. Just because we refuse to look at the problem doesn’t produce faith at all. It could mean that we’re simply scared. Abraham kept his faith because then he said, “but God!” Give glory to God over your body or whatever looks like it’s dying and fear will leave. Let your faith arise as you worship Him, especially in your darkest moment!