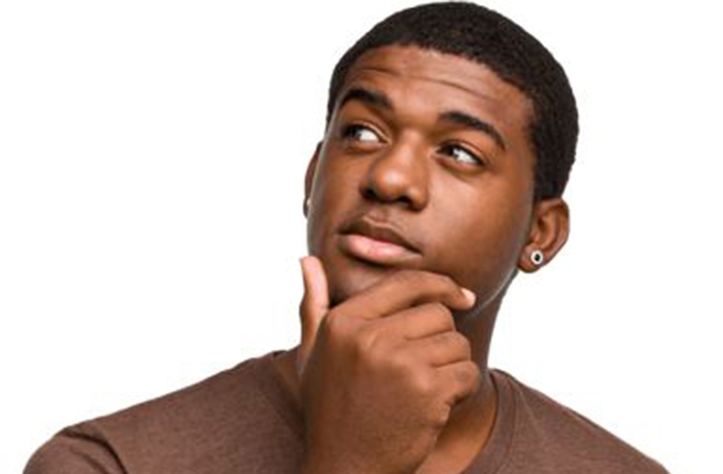 Where Is God In All Of This?

Okay, I’m going to say what is on the mind of many Christians and too afraid to ask it.

If the devil is so active in the affairs of men and nations, why isn’t God as active?

It’s actually a fair question. I suppose many believers have asked that same question in their prayers or at least thought about it. I sure have…more than once.

Let’s take a look at how God might respond to such a question.

1.  Do I need to show you everything I’m doing to prove it to you?

If God did show us everything, wouldn’t it create many more questions in our minds as to His logic behind His movement? Where would our questions end? Certainly He wouldn't run the risk of someone just bailing out on Him because they disagree with His logic. We probably could not wrap our minds around all He’s doing if He showed us everything.

Job had a similar problem when he was going through so much personal loss. He complained of his sad situation, and his friends were no help at all. Then God spoke out of a whirlwind to ask Job questions. God speaks for 4 chapters beginning in Job 38, asking questions like, “Where were you…, do you know…, how does…, have you ever…can you…?” Obviously, Job was caught flatfooted. He had no answer because he was completely humbled. He could not fathom the depths of God’s wisdom and intelligence, and neither can we. I think God was also saying between the lines, “I am the Creator – I do not need to explain or prove anything of what I am doing.”

Those of us who have had children can relate in a way. Our kids asked us many times “why?” and finally we reached a point of saying, “because I said so.” As adults we still have trouble understanding what God is doing and our minds would feel better if we understood. In many cases I just don’t think we could understand it because it wouldn’t make sense to us.

2.  I am asking you for your trust, not your understanding.

Many of us have received promises over the years from the Lord regarding our lives, our future. As time rocks on, one begins to wonder did I hear that right? Is that really true anymore? When you don’t see those promises being fulfilled after a long passage of time, you might wonder if they’re going to come to pass at all. That is called DOUBT. If doubt about your promises creeps in, surely you begin to lose trust in Him. And if trust is weakened, then you might wonder if He is doing anything anywhere.

The fallout of not having sufficient trust in God is that we will live in doubt about everything in our lives. Hope will fade when there is lack of trust. And when hope disappears, there is not much else left…except a subsistent life with a short-sighted plan to just make it through the day. You put a string of those together over a long period of time and it will be hard to salvage any promises. A lack of trust can manifest in our behavior patterns by doing our jobs and conducting our personal lives in a mundane way because there is a cynical feeling trying to move in on us that says this will never change.

Prov. 3:5 tells us, “Trust in the Lord with all your heart and do not lean on your own understanding.” Maybe the struggle with believing the Lord is really doing something begins with our lack of trusting with our whole heart. If we hold something in reserve regarding our trust, we’re not trusting at all – we’re doubting.

Disappointments are a fact of life. Perhaps your survival tactic kicks in when you’ve been disappointed – a vow that you will never trust anyone again because you don’t want to be hurt anymore. If we’re going to run from the pain of being hurt every time, there is no end to our running. That is no way to live life. That’s not living at all. Actually, being hurt brings us closer to the Lord by our asking Him to heal us of that hurt. As He touches our lives in that pain, we become more peaceful, and the tendency to run eventually stops. Trust is a good thing!

3.  I want you to be persistent in your asking Me to be active in your life.

I remember in the ‘80s when it was considered a lack of faith to ask God for something more than once. It was a major teaching fad that circulated among the Charismatic crowd back then. And then the inevitable hit us when nothing happened – I didn’t have enough faith. I suppose this self-assessment does more damage to our future than anything else I know. If we label ourselves as having little or no faith, there isn’t much motivation to ask Him for much else.

Jesus was a little tough on His disciples for having little faith when they were riding in a boat threatened by a storm. Their situation was quite different from our present day. Jesus chided them because He was visibly with them – what more did they need to believe? He had performed many miracles in front of them. Today, we read about those miracles – we didn’t get to see them firsthand, but He still is asking us to believe them. And if we will remember the things He has done for us in our past, it will be easier to believe Him for our future.

Jesus told a parable in Luke 18 about a persistent woman that wanted justice in a particular situation. The crooked judge didn’t want to do anything about it, but he decided to just do it because he was sick of her bothering him. Jesus made a point here – take a lesson from the judge. If a crooked man would do such a thing for this woman, how much more do you think an un-crooked God would do it?

Most translations treat v.7 with a theological explanation rather than an interpretation. Many of them ask, “…will He bear long with them?” The Greek word for that verb is in the form of a present indicative active verb – not future indicative. In other words, Jesus isn’t saying, “will He bear long with them?” He’s saying, “…though He bears long with them.” Translators have a problem with portraying God as taking a long time to do something about our prayers because right after that sentence Jesus says that God will answer quickly.

How can God do something quickly if He takes a long time to answer? My understanding is that God will take a long time to answer – at times – and then when He does answer, it will occur over a short period of time. God doesn’t stretch out His justice once it begins to pour out.

Be persistent, even though it seems to take forever. Trust God, even though you may not understand. God is so much bigger than we are, so we need to believe that He is actively doing things on our behalf, even though we cannot see them all.