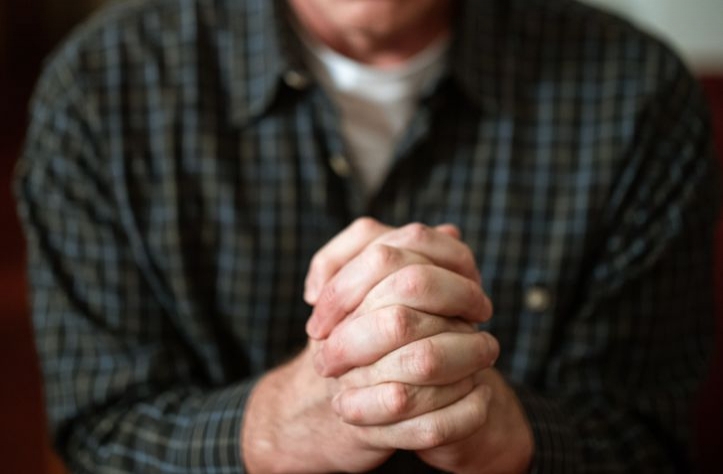 Forgiveness Is Connected to Authority

After I hear believers and non-believers talk awhile about their struggles, the most common one really comes down to the doubt that Jesus Christ has forgiven (or will forgive) them of absolutely every single thing they have ever done or will do, large or small. This is why many are not dwelling fully in peace.

The Lord impressed upon me to read the Word; He wanted me to drop what I was doing at the time and do it right now. This was just a few short weeks ago. He didn’t tell me exactly what to read, but when I opened the Bible, I was impressed to read Luke 7.

The first story in that chapter (vv.1-10) is about the centurion who had sent for Jesus to come and heal his servant. The centurion sent messengers out to stop Jesus from coming into his house, but all He needed to do was to “say the word” and his servant would be healed, all because he said he understood how authority works.

Then in v.36 Jesus went to a Pharisee’s house to dine with him, and a woman entered the house because she had learned that Jesus was there. The woman had a reputation of being a sinner, but that didn’t stop her from washing his feet with her tears, drying them and anointing them with an expensive vial of perfume, which could’ve been her dowry for a wedding that she never had. She spilled out all her hopes and dreams on His feet as she let the tears flow down.

Jesus discerned that Simon the Pharisee was sitting at the table looking at the woman with judgment for her. So, He related a story of two men who owed money – one owed 500 denarii and the other owed 50. A denarius was the equivalent of about $43.50; 50 denarii would then be worth about $2175 today. The one who owed 500 denarii owed approximately $21,750 in today’s currency. Jesus asked him a question, “after the moneylender canceled both debts, which one would love him more?” Simon told him that the man who owed the most would love him more.

After his response, Jesus said that the woman hadn’t stopped kissing his feet, she washed his feet with her tears, and she used an expensive perfume on him. Yet, Simon didn’t even offer Him a bowl of water to wash His own feet, nor did he give a customary greeting of a kiss, nor did he provide oil to brighten His face. I really like The Voice Bible here when I read how Jesus ended this lesson to Simon. “This woman has been forgiven much, and she is showing much love. But the person who has shown little love shows how little forgiveness he has received… (to the woman) your faith has liberated you. Go in peace.” (v.47, 50)

So many people have trouble believing that they’ve been fully forgiven of everything and it seems that peace eludes them much of the time. It doesn’t matter how they look on the outside; they could be hiding the turmoil that’s going on in the inner person. Perhaps they can’t see Jesus forgiving the 500 denarii (sins?) they owe. Or maybe…they only see themselves owing 50 denarii instead of 500, and therefore they cannot see themselves receiving much love.

Right then when I finished reading that scripture, I distinctly heard the voice of the Lord speak in my spirit. He said, “that is why people struggle with authority.” I haven’t been able to study anything else since then.

At any rate, receiving love and forgiveness is critical for understanding how authority works. There are some who find it difficult to take instructions from an authority figure in their life, and it’s probably due to an absence of seeing themselves as being completely loved and forgiven, regardless of how much or little they’ve sinned. It’s hard to give out love when you don’t see yourself having received much love. And it’s hard to see yourself as a person having authority if you’ve struggled with receiving much love and forgiveness. Being in a position of authority, either by the promotion from others or self-promotion, does not necessarily identify that person as having embraced forgiveness fully. I’ve known several people over the years in authority who could not give out love because they haven’t seen themselves as receiving much love.

We can get on the road to healing if we will first acknowledge that we are the one who owed 500 and not just 50 denarii (metaphorically speaking). And Jesus paid for every single debt that we’ve ever owed, not leaving out one item. He does not pick and choose what He will forgive. 1 John 1:9 tells us, “If we confess our sins, He is faithful and righteous, so that He will forgive us our sins and cleanse us from all unrighteousness.” There are no exclusions.

I pray that you find a secret place with Him so that you can settle this issue once and for all. Ask Him to help you understand how to embrace proper authority, showing you how it works. Then, you can walk into this next era completely expecting to do miracles with authority.

The Apostle Paul gives us some insight how to gain peace when everyone else is freaking out. It still works today! ..

Bringing Hope to Others

In my early years of serving the Lord in Pentecostal circles, I often heard people (including pastors) say “The world is going to hell in a h..